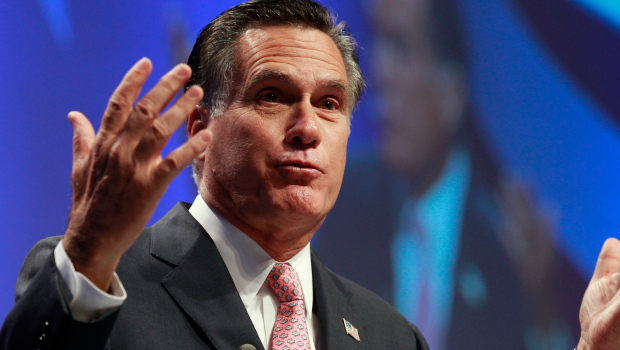 The practical conception of liberty is simple enough. What liberty requires is: “the ability to use one’s body and property in any manner.” The condition by which this requirement is constrained, is that: “those actions do not collide with the liberty of others.”

…In a democracy, liberty is simply the right to cast a vote for or against an issue or candidate, and then to accept the decision of the majority under threat of the apparatus of coercion and compulsion.

But is this really liberty?

All forms of democracy rest on the argumentum ad populum logical fallacy — the illusion that popularity is privileged. The idea that might makes right. Accordingly, even when it is informal, democracy is an institution, and in accordance with its nature, it is an apparatus of control. It is the institution by which a majority imposes its will on the minority, with the color of propriety.

The market on the other hand, is not a democracy. No “majority” ever “decides” anything in a free market; a plurality of options are almost always available. That’s the difference between true Laissez-faire and Democracy: in true laissez-faire, there is no institution, no apparatus of control.  A marketplace where buyers and sellers transact freely is about the farthest thing from a democracy that could possibly exist.

But some communists go so far as to suggest that the “free market” creates the elite, the corporate plutocracy or the hated capitalists. But even their favorite scapegoat, “private property” can be interpreted in a far more-forgiving manner than the standard commie talking-points suggest (emphasis added):

…I think that oftentimes “anarcho-communism” is viewed as something that will be democratically mandated upon everyone through a majority vote scenario… This in my opinion is not a form of “anarcho-communism” or “voluntary communism” at all, it is instead a directly democratic participatory conformist workers’ State. This is the view-point that seems to come about when “free association” is not given great importance as a prime anarchist principle.

Or as I’ve recently argued, democracy is tyranny unless individuals maintain the right to exit.

Even though the “market” (or rather, the co-opted, zombiefied remains thereof) may be the principle means by which the elite oppress and extract rents from the productive class, the market was not the origin of these evils. The market is not the means by which some men effect control over others.

Since democracy rests on popularity rather than propriety, it can be (and often is) hijacked. It should go without saying that those most inclined to hijack it are those least likely to be trusted therewith. Reverence for “democracy” is the proverbial given inch, by which the usurpers intend to “take a mile.”

And it is the existence of such an institution which attracts, like a magnet, the very vice to which we (as anarchists) are united in opposition.

We view the mere existence of the State as sufficient condition to attract evil, to impose on our liberties, etc. I hold Democracy (or rather, the belief that Democracy is some sort of be-all/end-all) in the same regard.

I read about a Zogby Poll a few months ago, that suggests something like one-fifth of Americans support the idea of secession (at least at the state level), unfortunately,

The more education a respondent had, the less likely they were to support secession – as 38% of those with less than a high school diploma would support it, compared to just 10% of those with a college degree.

I think the correlation here is: The more pro-State brainwashing an individual has received, the less likely he is to believe in anti-State ideas, like secession, or freedom.

In What Libertarianism Isn’t (Part 2), John from Blagnet inquires:

Why is it a violation of the Statist moral code to non-violently abstain from participating in State functions?

That’s a damn good question, Mike, and it’s one that few people have ever thought about answering. The key point here is that I’m always talking about non-violent abstention, and I will not recognize or respond to any straw-man arguments suggesting otherwise.

Anyways, imagine a State that decided to secede from the Union. In the context of the current government, of course it would not tolerable, the Constitution does not address the topic, instead permitting new States to be formed within the jurisdiction of existing states only upon Congressional approval according to Ariticle 4, Section 3.

This conveniently subjects State sovereignty to the very entity with which it may wish to sever all ties. But Article 4, Section 3 doesn’t really address secession. It only says that you can’t start gerrymandering the existing State to suit your desires, nor can you establish your own State to that effect. It does not address the possibility that some people might want no State at all, and these people are forbidden from pursuing that goal.

It is clear, then, that the people whose opinions matter most, don’t count, that the venerable “Consent of the Governed” is taken as an immutable absolute, that dissent or repudiation in practice is forbidden. If man is not free to withdraw his Consent, then it can never be said that he truly offered it, in the first place.

What should happen to those who wish to secede?

Let’s take our hypothetical one step further: imagine an individual who wanted to secede? Accepting the government’s claim to legitimacy (resting upon the foundation of the now defunct “consent of the governed”), is it acceptable to violently prevent this individual from exercising this choice? To take up arms against him? To force his acquiescence or his death?

By what right do men claim the moral authority to kill someone simply because of a disagreement? Can it be tolerable, under any circumstances, for the government (a government indisputably lacking consent) to kill these people, whose sole crime is an attempt to exercise their free choice to not belong? I submit that it cannot.

How embarrassingly nonsensical is it, for a group of men to say, “We want you to be a part of our group, our enlightened ‘Society’ so badly that we’re willing to kill you if you reject our offer?”

It is worse than nonsensical. If you’re willing to kill someone, in order to get his cooperation, you’re clearly not interested in his cooperation. Your interested in enslaving him. It is a damnably brutish and subhuman appeal to violent force; it is ultimately the foundation upon which any appeal to government rests.