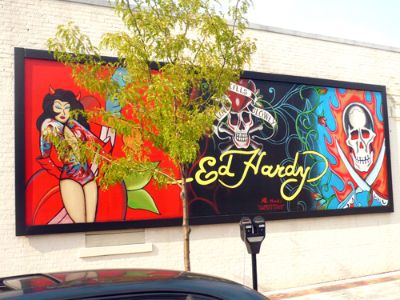 In 2009, the State of Michigan spent approximately $12M for a national advertising campaign to promote tourism to Michigan, called Pure Michigan. Currently, the State legislature is considering reducing the funding for the program to only $5M for 2010. From a State budget perspective, this seems silly since the results of third-party research provided by Longwoods International suggest that the program was wildly successful. In sum, the findings suggest that the Pure Michigan campaign induced about two million incremental trips to Michigan, $600 million worth of revenue for Michigan businesses, and added $41M in tax revenue to the State’s coffers.

So, how can I possibly be opposed to such a program? Because it’s funded by taxes, silly (i.e., legalized theft, extortion). And I am fundamentally opposed to all taxes, except for maybe some sort of “asshole tax”. Yes, if they could find a way to levy taxes only on people who are total assholes, I could be OK with that.

Other than the very vague description given in the press release, I know nothing about the study or its method. What I do know from years of experience in the field, is that “online consumer panels” pose many serious challenges to market researchers in terms of obtaining representative sample (they skew significantly younger), avoiding ‘professional survey takers’, etc. So, take it for what it’s worth.

One popular argument is simply the magnitude of the problem an. Spend $12M to generate $600M in revenues. I understand the difficulties in organizing competing businesses in some sort of consortium, but seriously this should be a no-brainer. “Difficulty” in organizing is simply not a valid justification for taxing people. It’s “difficult” to make a No.2 pencil — so difficult in fact that nobody really knows how its done — but we have them anyways. It’s “difficult” to raise money to build a factory to manufacture vehicles, but people do it all the time. Lots of things are “difficult” and require imagination, ingenuity, and the sacrifice of risk. But that doesn’t justify taxing people.

At the very least, it seems like an opportunity for dominant assurance contracts or real-life community-building. Less “competition” and more “cooperation”, if you will.

And it clearly fails the popular “public goods” test.

Macro explanations for the micro boon

Although it is not clear whether the authors are suggesting that the macro-economy had a positive or negative impact on these numbers, they do qualify the research, stating:

In my grossly uninformed opinion, against the backdrop of a faltering economy, 2009 was probably a down year overall for vacations in the traditional sense, as families abandoned luxurious plans in favor of the “stay-cation.” It certainly seems plausible that the “stay-cation” phenomena could skew midwest travel, as people substitute Michigan vacations for the more extravagant vacation they might take under different economic circumstances.

The hospitality industry operates on small margins. A fortunate restaurant might increase its sales by 10% but net profits increase maybe a fraction of a 1% (or less). This isn’t the sort of revenue that enables capital-intensive investments. It’s not creating long-term growth opportunities, it’s simply moving finished goods from one place to another.

Most of this spending is marginal, and purely consumption; i.e., it doesn’t really matter whether the gas station sells 1M gallons of gas in 2009, or 1.001 million gallons of gas. It doesn’t matter if a restaurant sells one extra steak dinner or one single extra beer. That is, it requires no additional labor, brings no unemployed people in to the labor force, and generally does not measurably improve the lot of anyone already in the labor force.

Every dollar funneled into, or otherwise diverted to the tourism industry is a dollar which can’t be used on other productive endeavors. So to some extent, tax-funded promotions like this encourage the mis-allocation of productive resources (labor and capital) in favor of the hospitality industry, and at the expense of every other sector of the economy.

The only palatable argument for such a program is if its used to offset resident’s taxes. So, if MI plans to reduce their property taxes by the net of $29M, or if they plan on refunding $29M worth of sales taxes paid by MI residents, I guess it’s not such a bad thing. But that’s not how it operates.

Instead, it is a direct transfer of wealth, corporate subsidies, if you will. Use $12M worth of money taken from taxpayers (an extremely distributed cost) in order to fund an Advertising/Marketing campaign to support business interests which, although still distributed, are significantly more concentrated than ‘taxpayers’. Hey, it’s better than spending their own money, and coming up with their own solutions to the problems they face.

Ad spending, and private business revenues/profits is not a public good which would arguably justify some sort of redistribution, and since it’s not a public good, we have to reject the Reagan-esque, trickle-down-economics argument which is mostly bullshit anyways.

I swear when I was walking the dog yesterday evning I had one more even better response, but I lost that train of thought and it hasn’t come back yet…

At my office, a few months ago they discontinued styro-foam cups, which means I have to remember to bring in a coffee mug each morning, even if I don’t prepare a cup of home brew. Kind of inconvenient.  What’s really inconvenient is after like 11am, when I don’t want coffee.

I want some water.

I can’t put water in my mug, because after you’ve tainted a stainless steel mug with coffee, everything tastes like coffee.

I could walk to the drinking fountain every few minutes, but that’s not terribly productive. Or I could walk to the vending machine and purchase a bottle of water. But that means I’m wasting money, and to be honest, a plastic bottle is about as recyclable as a styro-foam cup, isn’t it?

This was ushered in under an “environmentally friendly” memo. I suspect it’s really a “cost-cutting” policy.