If you hold any even remotely “extreme” point of view it is only a matter of time before someone tries to censure you by labeling you a “conspiracy theorist”.

Someone did that to me recently, responding to one of my posts in defense of Wikileaks. I hastily deleted the trackback/backlink after reading the intellectual diarrhea that was his argument.

Firstly: I didn’t mention any conspiracy, or allude to any conspiracy at all. As if that is not significant enough, it’s entirely possible that there is no “New World Order” Illuminati behind the holocaust that is American Empire or the attempts to censor Wikileaks.

It doesn’t require a dedicated, focused cabal to do this sort of thing. All that’s necessary is that the actors involved, in however disjointed and dysfunctional manner is possible, act in their own best interests under color of law to conceal mistakes, missteps, and where they occur, crimes. It works like this in a nutshell:

The most powerful government in the world hates the fact that wikileaks is exposing its crimes.  Some members of this government (and others), without any real authority to do so, make vague threats pertaining to wikileaks and anyone assisting wikileaks. The corporations that rely on this government for corporate welfare, spectrum rights, credit monopoly, etc., play an extremely conservative hand ceasing to offer anything that could even remotely be construed as “assistance” to wikileaks. DNS drops them. Mastercard stops sending them money. Paypal stops letting them receive money. Amazon drops them from their s3 servers. Etc. Etc. Etc.

Consider what happened to Wikileaks in the immediate aftermath:

All they had to do was make some threats and the corporations fucking crumbled, caved in to their demands.

You cannot say that you’re not a “yes man” and simultaneously reject the openness that something like Wikileaks provides.

We know that Wikileaks has revealed evidence of crimes which were previously held under lock and key, labeled confidential, swept under the proverbial rug. Without whistleblowers like Wikileaks, these injustices would never have seen the light of day, would never have been revealed for the crimes they are.  And there is evidence to back this up. Prior to the digital age, the record of States and their agents selflessly admitting to their own misdeeds is atrocious to say the least.

You might call for a watchdog, an overseer, an audit of some sort. But what is that? Another layer of bureaucracy, impenetrable to the public at-large and impervious to the real scrutiny that comes when the words and deeds of public servants are made public?

I don’t believe in democracy. I don’t believe in government. But insofar as you do believe in these institutions, how can you possibly endorse or defend the actions taken by your representatives and agent , without knowing the nature of these actions in the first place.

You can say that you do. But you can’t.

Saying that you do is just rationalization for abandoning your moral compass, while assuming that those who act on your behalf are in-fact acting on your behalf and in the interest of humanity as a whole (fuck your iPads and Happy Meals and $3/gallon gasoline if it comes at the expense of humanity, right?), without any transparency, without any way of validating your beliefs, and hence, your argument is a null program, a proof without premises.

When discussing Wikileaks, there is only one talking point which you absolutely must commit to memory (if you need more than another, it might help to discuss the big picture). This is really the only argument you need. It also works perfectly well as a rebuttal to whatever arguments someone might come up with in order to try and criminalize Wikileaks:

Revealing crimes committed by the State or its agents (under the euphemism of “State secrets”) does not hurt American interests, endanger American lives, nor is it treasonous or otherwise criminal. What hurts American interests, continually endangers Americans both at home and abroad, and is criminal to the highest degree, is committing those crimes in the first place. 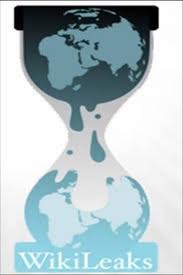 Ever hear that old adage, “don’t shoot the messenger”?  Yeah. Same thing. There are only two reasons why anyone would react with hostility when an organization like Wikileaks makes these secrets public:  Either they are criminals afraid of being brought to justice, or they are in ignorant denial.

For your entire life you’ve been duped in to believing and supporting those crimes. You’ve been told that they weren’t crimes, and with the truth hidden from view it was easy to believe. You’ve been taking that blue pill all your life but when the truth comes out, you snap because you have so much invested in believing in and perpetuating the lie.

Just swallow another pill and when you wake up you can go on believing whatever you want to believe.

It is important to mind the nature of these secrets: They are kept by and between criminals, with criminal intent, to hide the fact that crimes have been committed. Revealing the truth behind these crimes, of course, will further endanger some of their co-conspirators and some unknowing accomplices.  Anyone who is knowingly involved in keeping evidence of those crimes a secret is an enemy to liberty.

If you are concerned about the safety and well-being of friends and family who may be unknowing accomplices, I can understand and sympathize.  A certain number of unknowing accomplices will likely be placed in more danger than they already find themselves, but the genesis of this danger all goes back to the crimes to which they are accomplices.

They are already in danger because of their involvement.

Let them know it. You can lead a horse to water, but you cannot make him drink.

It serves no justice to join that conspiracy, to suppress the truth and keep those crimes secret.  Instead, you need to do whatever is justly within your power to get them to take the red pill, instead.

Destroying Wikileaks will not reduce the danger to which Americans and American interests are exposed.  Silencing the whistleblowers does not make the crimes disappear from anywhere except public knowledge, but like the tree falling in the forest when nobody is there to hear it, these crimes still happened.  Burying your head in the sand will not make America safer, it will not make the world safer, it will not end tyranny or spawn liberty. Anywhere.  You can take that to the bank.

In order to end the danger, it is necessary to end the criminal acts which motivate others to threaten “us”:

Stop exploiting the third world’s resources for corporate greed. Stop exploiting the people who were born in to those countries for cheap labor.  Stop installing puppet governments in the banana republic remnants of European colonialism and its aftermath, American Imperial Hegemony and transnational-capitalism. Stop using the most powerfully destructive military in the world to secure and defend corporate interests abroad while despots you put in power (“to keep the world safe for democracy” or some other such nonsense) commit crimes against humanity. Stop blitzkrieging the poorest countries in the world after you fail to reign in the despots that you previously installed.

It’s that simple: to get people to stop hating you, just stop hurting them.

h/t Brad Spangler for the inspiration.

The other day, an obnoxious Pentagon spokesperson issued formal threats (essentially: destroy everything, or else!) against WikiLeaks, the organization which received thousands of classified documents from Bradley Manning and has since made many of those available for public consumption.

ADM. MIKE MULLEN: Mr. Assange can say whatever he likes about the greater good he thinks he and his source are doing, but the truth is, they might already have on their hands the blood of some young soldier or that of an Afghan family. Disagree with the war all you want, take issue with the policy, challenge me or our ground commanders on the decisions we make to accomplish the mission we’ve been given, but don’t put those who willingly go into harm’s way even further in harm’s way just to satisfy your need to make a point.

Hear? We’re allowed to “take issue with the policy” and “challenge” the tactical decisions made by the commanders, as long as we leave “the mission” out of the equation, because, you see, they’re just following orders (and so should you). But following orders isn’t an excuse.

“Following orders was not an excuse for anyone put on trial in Nuremberg, and it will not be an excuse for you or your superiors, either.” — Andrew Williams (addressing Brigadier General Thomas Hartmann, legal advisor to Guantanamo Bay prison)

About those who “willingly” go in to harm’s way? They would rather be driving their kids to soccer practice, finishing college, working their 9-to-5, etc.  How many would’ve “willingly” gone to fight for Empire if the Pentagon had put a C-130 at every airport in the country with suitable runway and said, “Anyone who wants to go to Afghanistan and fight, the door is open!”? My guess: they wouldn’t fill a high school gymnasium.

Assange points out that when, e.g., Robert Gates or Mike Mullen implies that WikiLeaks and its collaborators might have blood on their hands, that these statements “all together, are designed to distract from the big picture,” which is of course the same big picture which Mullen craftily sidesteps in the blockquote above. The big picture is “the mission” itself, the objective consequences of which include the deaths of 20,000 civilian, non-combatant Afghans.

Mr. Mullen can say whatever he likes about the greater good he thinks he and his forces are doing, but the truth is, they already have on their hands the blood of 4,000 American soldiers, some 20,000 innocent Afghans, and (conservatively) over 100,000 innocent Iraqis. Including “accidents” wherein 150+ children were bombed to death.

Assange and WikiLeaks are exposing the crimes and the criminals like Mullen, Gates, et. Al, who are responsible. If you want to pretend that all that shit never happened, then I guess you can get on your high horse and start spouting off about the “potential” blood Assange might someday be responsible for.  But you’re definitely light-years ahead of him in terms of destroying human lives.

Mr. Mullen & Mr. Gates, You pay lip-service to keeping the troops out of harm’s way, you may fret over tactics, the specific actions you take towards the accomplishment of “the mission you’ve been given”, but tactics do not exist in a fucking vacuum. They exist only in the context of “the mission.”  Every second of your pitiful existence which passes without questioning the morality of the orders you’ve been given, the orders you’ve accepted to undertake, is another second in which you are responsible for the harm those people face, and the harm they may commit.  And if “the mission” is rotten (to the goddamned core), then nothing else matters.

Releasing “secret” military files does not endanger the troops. Putting them in unconstitutional wars and keeping them there for a decade does.