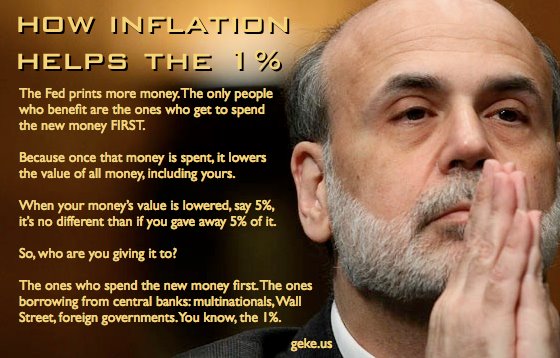 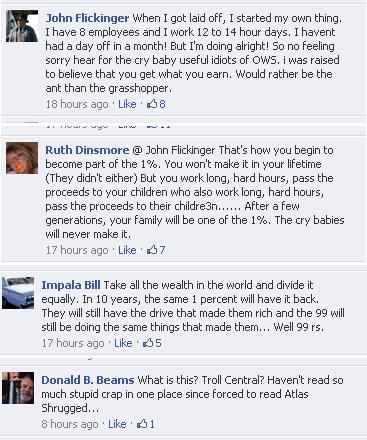 In Chapter 4 of Capital, Marx begins to discuss the transformation of money into capital.

From the former Marx concludes that, “The circuit C-M-C comes completely to an end, so soon as the money brought in by the sale of one commodity is abstracted again by the purchase of another,” which is to say that Peter has exchanged one commodity for another commodity of equal value. In the latter circuit Marx objects to the “surplus value” created by capitalist Paul, who merely exchanged £100 for £110, the difference of £10 being “surplus value”.

Now let us examine the circuit M-C-M a little closer. It consists, like the other, of two antithetical phases. In the first phase, M-C, or the purchase, the money is changed into a commodity. In the second phase, C-M, or the sale, the commodity is changed back again into money. The combination of these two phases constitutes the single movement whereby … a commodity is bought with money, and then money is bought with a commodity. The result, in which the phases of the process vanish, is the exchange of money for money, M-M. If I purchase 2,000 lbs. of cotton for £100, and resell the 2,000 lbs. of cotton for £110, I have, in fact, exchanged £100 for £110, money for money

In the first instance, Peter does not keep the money he receives any longer than is needed for his own security. He may of course immediately effect the C-M-C by exchanging the money he receives for another commodity item. Or, he may enter into an M-C-M circuit, exchanging the money for a commodity, to which he adds his labor over a period of time, the completed product which he expects to exchanges for M’ in the future. The farmer, for instance, spends money M on the purchase of new seeds, stock and tools with which to work the soil, in hopes of selling them in the future for M’.

Is the lack of transformation (as in the example of the farmer) what riles Marx? If so, this is barely worthy of scorn: where the farmer creates value, the arbitrageur has at the very least prevented the destruction of value, thus allowing its creator to realize value in exchange far greater than he could’ve on his own accord. The “capitalist” function in this instance is, if nothing else, Pareto efficient. One must not lose sight of the fact that the arbitrageur performs a valuable service of allocating scarce resources across an economy. Without the “capitalist” in Marx’s M-C-M circuit, the commodity is sold at a steep discount (if it is in-fact sold at all) and the most urgent need as measured by opportunity cost remains entirely unsatisfied. The problem of “surplus value”, posed by the M-C-M appears only as a result of Marx’s imaginary demarcation.

In the real world, C-M-C and M-C-M, are indistinguishable parts of a complex economy, in which economizing individuals are to some extent, constantly in the midst of performing both roles.  Even Marx’s vulgar capitalist holds and acquires money in order to satisfy some future need to consume.

Or, to put it another way, even the vulgar capitalist, at some time in the past had to provide valuable goods; he had to contribute materially to the economy in order to earn that first chunk of money, which Marx scorns.  What he does with it after that is of no man’s concern but his own.