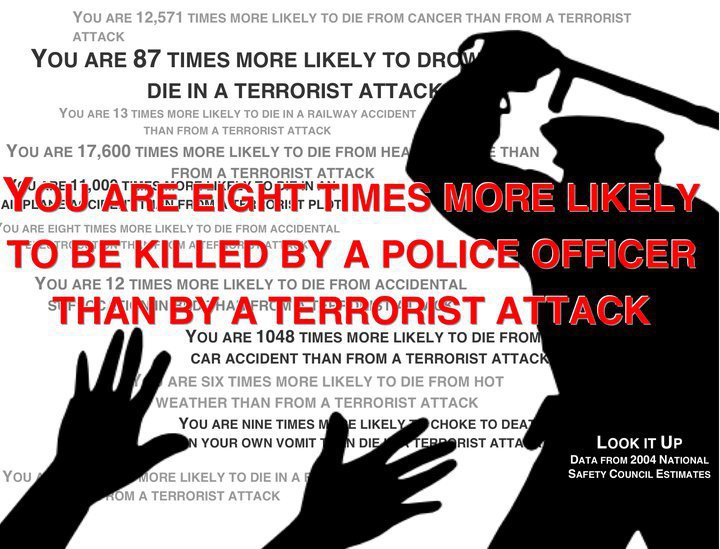 Do you really believe that the threat level is “elevated” or that there are imminent threats from all sides at all times and only the grace of god and the high-school dropouts in the royal blue TSA clown suits at the airports have been able to keep us safe? If so, hopefully you have more faith in the grace of god than you do the TSA. 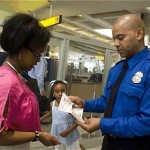 The last time I flew, I arrived in my hotel only to discover that I hadn’t remembered to separate my toiletries (cologne, toothpaste, deodorant, shaving cream) from the rest of my luggage for the security screening at DTW. I wasn’t pulled aside, so either the TSA goons were asleep at the wheel, or they didn’t care, or it doesn’t matter that you bring a 3oz bottle of cologne on an airplane. I think it’s probably a combination of all three. 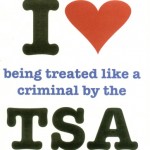 I’ve maintained all along that the threat of terrorism is — to be quite frank — not unlike the bogeyman or any other folklore monster, contrived to keep people frightened, timid, and complacent. I’ll admit that the theatric value of blowing up an airplane mid-flight is unrivaled by pretty much anything a would-be group of bad guys could possibly hope to accomplish. In actuality, the only means less discriminate and more extravagantly destructive are available only to state militaries.

The fact of the matter is, as I’ve said previously, if these threats are real, then mathematically speaking there should have been many more successful terrorist acts on US soil.Maybe “many” is three, maybe it’s a dozen, maybe it’s 20 or 100. That’s for some actuary to work out.

Not just airports — although those are certainly soft enough that a coordinated attack could raise serious hell, like a dozen dudes with suitcases packed full of C4 or something in a dozen airports across the country — but shopping malls, sporting venues, etc., where any organization with the will and a relatively minimal amount of firepower, could kill hundreds of people in a few minutes. And comparatively easier (than bombing an airplane) to pull off successfully.

The smart money says that there is no credible threat, because soft targets haven’t been hit, and they’re as ripe for the picking today as they have ever been.

So all this extra “security” isn’t making us any safer.  It might make you feel safer, they’re “protecting” you from a threat that doesn’t really exist.