Michigan Attorney General Bill Schuette is allowing his personal opinions (as an opponent of legalization) to interfere with his obligation as a public servant and elected official. Ostensibly, he is in office because of the people who voted for him (via the Detroit Free Press).

The unanimous ruling by the three-judge panel of the state Court of Appeals was declared a statewide precedent by Attorney General Bill Schuette, an opponent of the 2008 voter-passed law legalizing marijuana for medical use.

“The court made it clear that these dispensaries, these pot shops, have to be closed down,” he said. 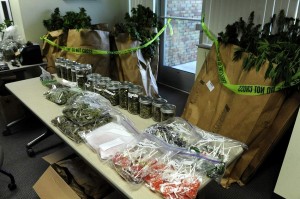 As a result of the recent ruling, dispensaries throughout the state shut their doors. The unlucky ones were raided by law enforcement and several people were arrested. There have been several robberies carried out on these establishments thus far, perpetrated by law enforcement officers and now backed by the Attorney General’s opinion, acting in direct contravention to the will of the people they purport to “serve and protect”.

Unfortunately for the people, Attorney General Bill Schuette doesn’t give a damn about them, he is more interested in flexing his political power to support his own agenda.

If my ire sounds familiar, it should. I said essentially the same thing about Oakland County Sheriff Mike Bouchard, over three years ago.

It is simply not excusable for any public official to publicly campaign against the will of the people, nor to direct policy in direct opposition thereto.

Doing so ought to be considered an immediate and irrevocable act of resignation; as they are demonstrably unfit for their duties as public servants if they are unwilling to at least tolerate non-violent activities that were overwhelmingly approved by the public. And yes, if you’re keeping score, a 60-40 margin is overwhelming.

Mr. Schuette, the people have spoken and they have essentially mandated the exact fucking opposite. You don’t get to tell the people what they want. It’s the other way around.

So either do your job, or quit.