The final image of this revolution for me will be the image of Qaddafi beaten and bloodied being harassed and tormented by his captors, what we can imagine was only moments before he was put to death. That is the only image people should see for which NATO is responsible, but it will not be the image that is produced for world consumption.

What the world has witnessed in Libya is not the rosy push to democracy that everyone is being led to believe, rather it is a nation being pushed into armed lawlessness by outside forces, the prime example being the a summary execution of deposed leader, Mommar Qaddafi — an extrajudicial murder which was at least tacitly supported by NATO.

Qaddafi wasn’t killed in a crossfire, nor a firefight or gun battle as some headlines have suggested. Instead, the video clearly shows him alive in captivity (being beaten and harassed, no less), yet he turns up dead with bullets in his head, chest and stomach while in custody.

What we are left with now, is a country which has no functional government and as we have seen in most armed struggles in the African continent or elsewhere (Afghanistan comes to mind) what is likely to occur is the birth of warlords (Somalia, Sudan) as there is a huge population that is now armed with no real prospect of de-arming them.

We are likely to witness a cycle of violence as these factions, at odds with whatever puppets are put in place, struggle for power. This wasn’t a legitimate military action, despite the fact that is being portrayed as one there is no command structure; there are no rules for them. This has been displayed countless times in their revolution, through the looting of buildings as well as the murder of African migrant workers in the country who did not have the means to leave when the fighting broke out. The murder of the Africans which has been well documented and criticized by the African Union is committed under the guise of killing mercenaries.

All of these, lawless actions which NATO has been complicit in promoting and encouraging (like blowing up water pipelines, and then the factories that make the replacement pipes). Contrast this with Qaddafi’s Libya.  Qaddafi’s Libya had the highest standard of living of any African country… 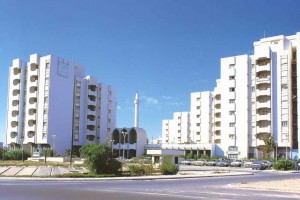 … although the prosperity was short-lived once NATO came to play. 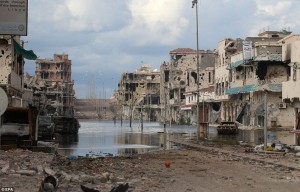 Qaddafi was also responsible for keeping the oil industry profits going to the people instead of multinational corporations (although not for long).

Certainly, Qaddafi did some terrible things, and he deserved to be tried for his crimes, but this was an extra-judicial murder, sponsored and supported by all the NATO allies whose companies will certainly benefit from their direct intervention in regime change and infrastructure reconstruction.

How quickly the world forgets what a great ally Qaddafi was in the “War on Terror” – as recently as two years ago – yet overnight he became a pariah for the United States and other former imperial powers to scapegoat and divert attention away from some of the more real problems in the Middle East and Northern Africa.