Formerly Decoration Day, the holiday was first observed after the Civil War as a way to remember the many who died in that conflict. It is not about celebrating soldiers, nor celebrating warfare, nor celebrating “America”. Memorial Day is about remembering the true costs of war, measured in “Newly placed gravestones. Mangled bodies. Shattered minds. Broken hearts and homes.” 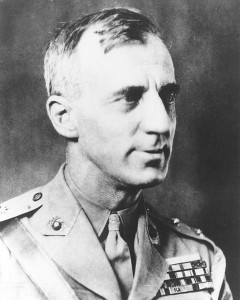 So in remembrance, this year I  highly recommend you read Smedley Butler’s “War is a Racket” (which is also available for free online, here). It is one of the best, and briefest anti-war pieces out there.

War is a racket. It always has been.

Smedley Darlington Butler was a two-star general, and when he retired from the United States Marine Corps, he was he most decorated Marine in history.  He knew a thing or three about war, only it was not until later in life that he fully understood what a racket it is.

You can read Racket this afternoon, and in only a few hours you can learn the lessons of Butler’s entire lifetime.

I can think of no better way to honor their deaths by learning the mistakes of history and vowing never to repeat them; question anyone (politician, or otherwise) who is calling for more of them.