I read an article about the recent breach of NATO by LulzSec, which is the latest battle, if you will, in an ideological war between governments who rely on lies, secrecy and fear, and activist hackers who want to expose these criminals for what they really are.

But where the article was good, the comments were abysmal.  One shining example of unthink was MidWestMom’s  exhibit of a brainwashed person’s thought process (these are the people who vote to elect the criminals, so it is no wonder we get what we get).

Doesn’t matter what information the hackers found….their actions are illegal. They knowingly & purposefully committed a crime…

…[W]e should consider the age-old question: Does the end justify the means? If we answer Yes to that question, aren’t we equally as guilty in the crime? And doesn’t that indicate our standards are just as low as those who work to destroy our rights, our government and our country. How can we demand our government adhere to our laws and our constitution if we ourselves condone selected violations of the same?

Setting aside the double-standard and non sequitir, this is not about whether “the end justifies the means” (but if you’re keeping score at home, yes, sometimes it does), the real question is whether we have the right to challenge unjust authority.

The people who are “working to destroy your rights”, your enemies, are in ur guvermint makin’ ur lawz.

When they have taken away or diluted the legal means to challenge their authority, when in courts they have stacked the deck against the common man, in favor of their own interests and those of their lobbyists, when they ignore the rules intended to bind them in our service, the only available means of recourse are by process of elimination, “illegal”.

The LulzSec, WikiLeaks, Anonymous, etc., these organizations are on your side.

If they’re not fucking you, don’t lie down and ask for it.

Well it’s a little to late for that because they’ve got the opporunity and they’re taking full advantage of it. Naturally, the people who are fucking you have created “laws” and “rules” to establish the “order” which ensures you will always be the fuckee and they will always be doing the fucking. And although it may not always be prudent to resist, it is by no means wrong to resist, no matter what their law says.

If you can’t make that distinction between what is right and what is legal, then you deserve whatever fucking they decide to give you. 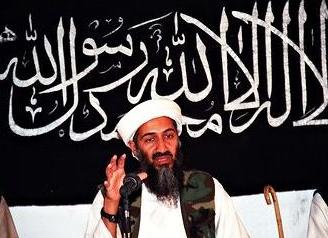 If you hold any even remotely “extreme” point of view it is only a matter of time before someone tries to censure you by labeling you a “conspiracy theorist”.

Someone did that to me recently, responding to one of my posts in defense of Wikileaks. I hastily deleted the trackback/backlink after reading the intellectual diarrhea that was his argument.

Firstly: I didn’t mention any conspiracy, or allude to any conspiracy at all. As if that is not significant enough, it’s entirely possible that there is no “New World Order” Illuminati behind the holocaust that is American Empire or the attempts to censor Wikileaks.

It doesn’t require a dedicated, focused cabal to do this sort of thing. All that’s necessary is that the actors involved, in however disjointed and dysfunctional manner is possible, act in their own best interests under color of law to conceal mistakes, missteps, and where they occur, crimes. It works like this in a nutshell:

The most powerful government in the world hates the fact that wikileaks is exposing its crimes.  Some members of this government (and others), without any real authority to do so, make vague threats pertaining to wikileaks and anyone assisting wikileaks. The corporations that rely on this government for corporate welfare, spectrum rights, credit monopoly, etc., play an extremely conservative hand ceasing to offer anything that could even remotely be construed as “assistance” to wikileaks. DNS drops them. Mastercard stops sending them money. Paypal stops letting them receive money. Amazon drops them from their s3 servers. Etc. Etc. Etc.

Consider what happened to Wikileaks in the immediate aftermath:

All they had to do was make some threats and the corporations fucking crumbled, caved in to their demands.

You cannot say that you’re not a “yes man” and simultaneously reject the openness that something like Wikileaks provides.

We know that Wikileaks has revealed evidence of crimes which were previously held under lock and key, labeled confidential, swept under the proverbial rug. Without whistleblowers like Wikileaks, these injustices would never have seen the light of day, would never have been revealed for the crimes they are.  And there is evidence to back this up. Prior to the digital age, the record of States and their agents selflessly admitting to their own misdeeds is atrocious to say the least.

You might call for a watchdog, an overseer, an audit of some sort. But what is that? Another layer of bureaucracy, impenetrable to the public at-large and impervious to the real scrutiny that comes when the words and deeds of public servants are made public?

I don’t believe in democracy. I don’t believe in government. But insofar as you do believe in these institutions, how can you possibly endorse or defend the actions taken by your representatives and agent , without knowing the nature of these actions in the first place.

You can say that you do. But you can’t.

Saying that you do is just rationalization for abandoning your moral compass, while assuming that those who act on your behalf are in-fact acting on your behalf and in the interest of humanity as a whole (fuck your iPads and Happy Meals and $3/gallon gasoline if it comes at the expense of humanity, right?), without any transparency, without any way of validating your beliefs, and hence, your argument is a null program, a proof without premises.