I want to make it perfectly clear that I wish we lived in a world without war, so that young men don’t have to get their faces melted off by IEDs (like the subject of Nina Berman’s “Marine Wedding”, which kind of prompted this article), or so that entire families of Afghanis don’t get rape-murdered in their own houses, or so that Pakistani children don’t get bombed to oblivion by Predator drones.  But we don’t. So, until we do, I feel for anyone who has had to endure these (and countless other) horrors; particularly because most of them don’t understand why they’re fighting. 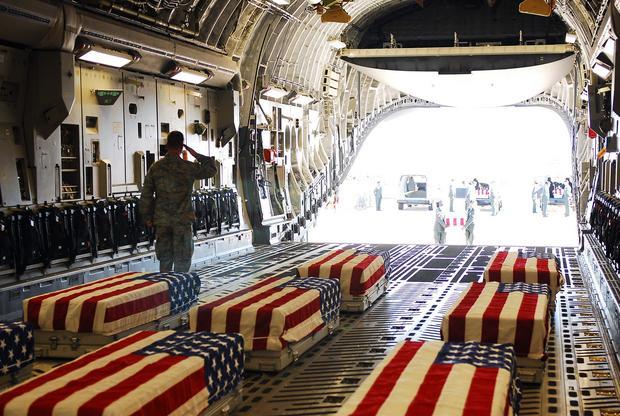 Are they fighting for “your freedom”? No. Kissinger said it best:

Military men are dumb, stupid animals to be used as pawns for foreign policy.

I feel like an asshole for suggesting that your son or daughter might have died for a lie. Or that your brother or sister was horribly wounded, paralyzed, brain damaged for a lie. But I shouldn’t because that’s the truth and it’s worth being called a treasonous asshole if I can get a few of you to wake up: despite what they and you and “everyone else” believes, like most soldiers in most conflicts in all of human history, they go to war and fight and kill and die for lies.

I mean no disrespect by all this, I simply refuse help perpetuate the lie; no soldier under any flag, went to war to fight for me, or for my way of life, or for my “freedoms” or on my behalf, despite whatever propaganda to the contrary they may believe.

Sanctioning this lie by pretending to owe them some gratitude for their “service”, or by pretending there’s some noble cause, or by draping the lie in a star-spangled banner and decorating it with a Purple Heart only makes it easier to weave the next lie, easier to persuade the next group of kid soldiers to go fight for it.

And as long as they’re fighting for lies, they’re going to keep dying for those lies.

Would he still make this sacrifice if he knew he wasn’t protecting our “freedom”?